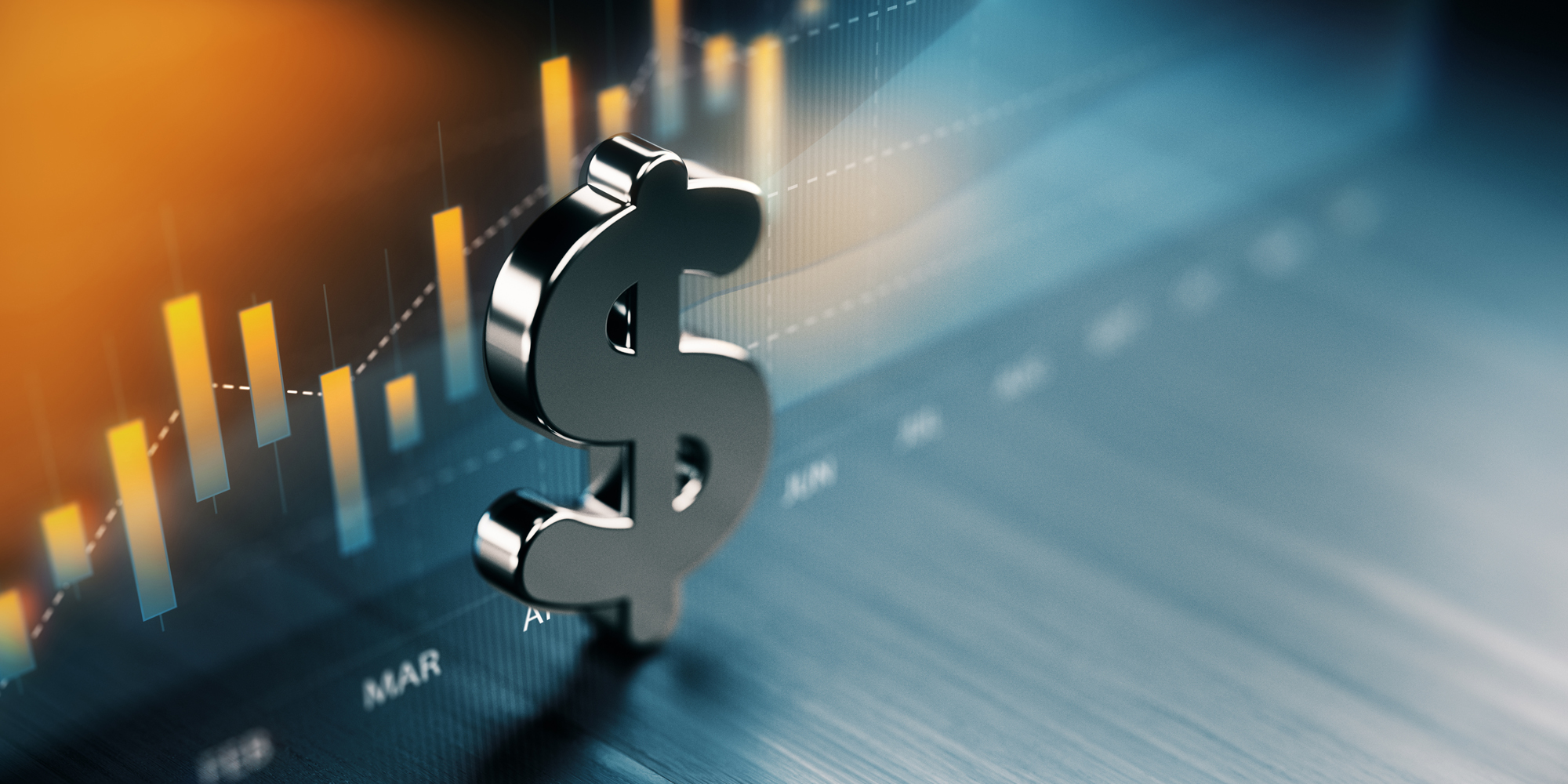 Simplifying the Principles of Attribution of Profits to PE

Most of the tax treaties are developed and concluded between countries based on a treaty framework published by international organisations such as the Organisation for Economic Co-operation and Development (“OECD”) and United Nations (“UN”), among others.

Economic globalisation has led to a significant increase in cross-border trade, and countries are so economically inter-dependent now, that operating without a defined framework on the sharing of taxing rights is an uphill task. Sharing of taxing rights between jurisdictions is essentially determined either based on the concept of residence or source of income, and this discussion is relevant in case the residence status of the taxpayer and his source of income are in two different jurisdictions. For example, Mr. X is a tax resident in Country X and travels to Malaysia to render consultancy services. In this case, the consultancy service income of Mr. X may be subject to taxes in both jurisdictions: in Country X (residence-based taxation) and Malaysia (source-based taxation), unless there are defined rules governing the taxing rights. The taxing rights of the resident country and the source country are defined under a tax treaty for each nature of income separately, such as dividend, interest, capital gain, royalty, technical services, and business income, among others. In this article, we are focusing on the allocation of taxing rights between two countries relating to business income (which is on a net basis of taxation, unlike other types of income that are taxed on the gross basis in the source country). It is a subjective and heavily disputed area in international tax. In case of any disagreement between the treaty countries, any double taxation issues arising out of the attribution of profits to a permanent establishment (“PE”) are usually resolved through the mutual agreement procedures provided in the relevant double taxation agreement (“DTA”).

How taxing rights work in case of business profits?

Now, the next question is how much tax MFG Co. should pay in Country Y, as part of its business activities are performed in Country X (manufacturing activities) and the remaining in Country Y (marketing activities). Therein, a need arises for attribution of profits to MFG Co. and its PE, which again is defined in a tax treaty or domestic provisions (if no tax treaty exists). Mostly, attribution of profits exercise is performed based on the arm’s length principle, and special considerations are required in case of companies involved in banking, insurance, or global trading of financial instruments.

Attribution of profits to PE

The attribution of profits is performed, usually, by applying the transfer pricing concept of arm’s length, to ensure that the PE gets an equitable tax treatment as would be received by any local company.

In any transfer pricing analysis, an intercompany agreement is considered to be the starting point to delineate transactions between related parties. However, in the course of applying the transfer pricing principles to the attribution of profit exercise, a similar approach cannot be adopted, as there would not be any transactions in existence. A PE is not a legally distinct entity from the rest of the enterprise of which it is a part in the way that an associated enterprise is a legally distinct entity from other enterprises within the same MNE group. In this regard, the OECD has introduced steps to hypothetically recognise the arrangements/transactions between a PE and its Head Office, and accordingly attribute the functions, risks, assets, and free capital required concerning those hypothetical dealings. The steps to perform this attribution exercise are briefly explained in the table below with further build-up on the example (as referred above): 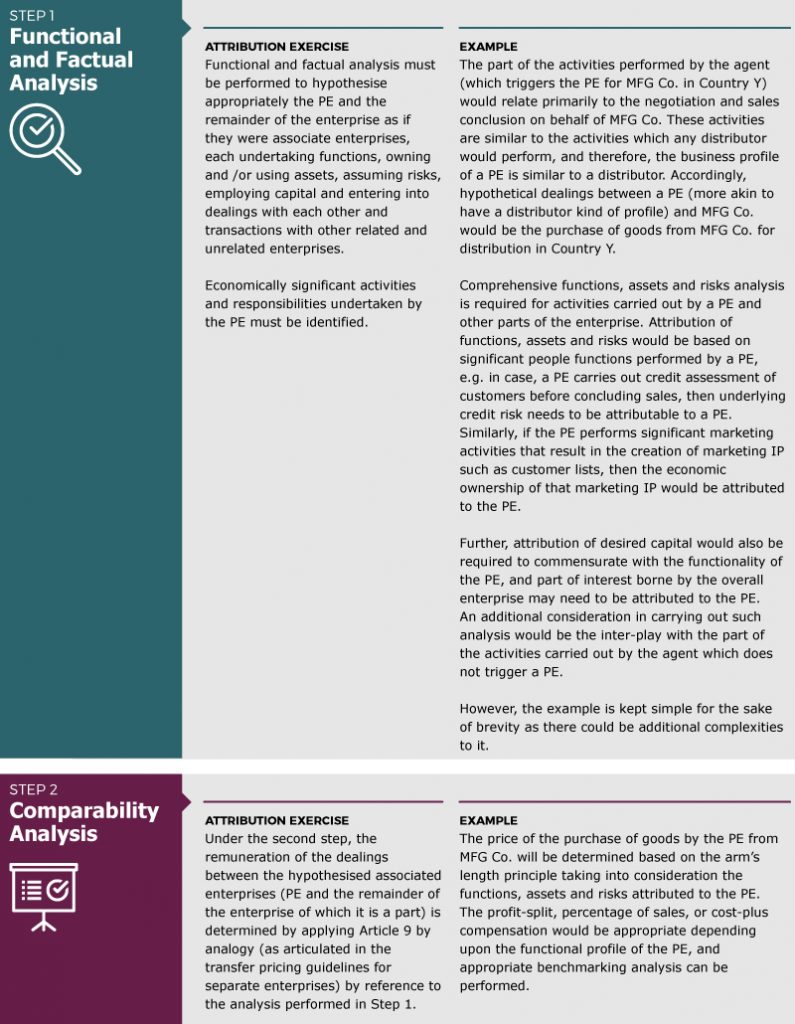 The above is an illustration of dependent agent PE and a similar kind of analysis (to the extent relevant) would be required for other kinds of PE as well, viz. Fixed Place PE, Service PE, Warehousing PE, etc.

The attribution of profits to a PE is a complex subject in international tax. Whilst there is some judicial guidance on the international front, there is none in the Malaysian context as of date. A critical aspect of this exercise is proper documentation to support the functional and factual analyses.

In line with the BEPS Action 7, the PE definition has been expanded by Malaysia in the tax treaties (after signing of the MLI on 24 January 2018 and its ratification on 18 February 2021) and by revision in Section 12 of the Malaysian Income Tax Act (effective from 28 December 2018). In this regard, we might see an increased focus on PE assessment by the tax authority.

Accordingly, it is relevant to review the operations of the foreign enterprise in Malaysia to assess PE risk, and if a PE exists, then assessment of possible attribution scenarios. In case there is a PE exposure, then it would be prudent to undertake a transfer pricing analysis for the PE activities and prepare comprehensive transfer pricing documentation to avoid the stringent penalties introduced recently. In the absence of transactions, agreements, and cash flows, the only recourse for the taxpayer is transfer pricing documentation to argue its position in a PE dispute. In fact, it is more critical, since there are too much uncertainty and no domestic guidelines and limited judicial precedents in Malaysia on the attribution of profits to PE. We are expecting specific attribution guidelines in the future and hopefully, taxpayers will have more certainty.

Disclaimer: The views expressed above are of the authors and do not reflect the opinion of any institution or organisation to which the authors might be affiliated, whether in the past, present or future.