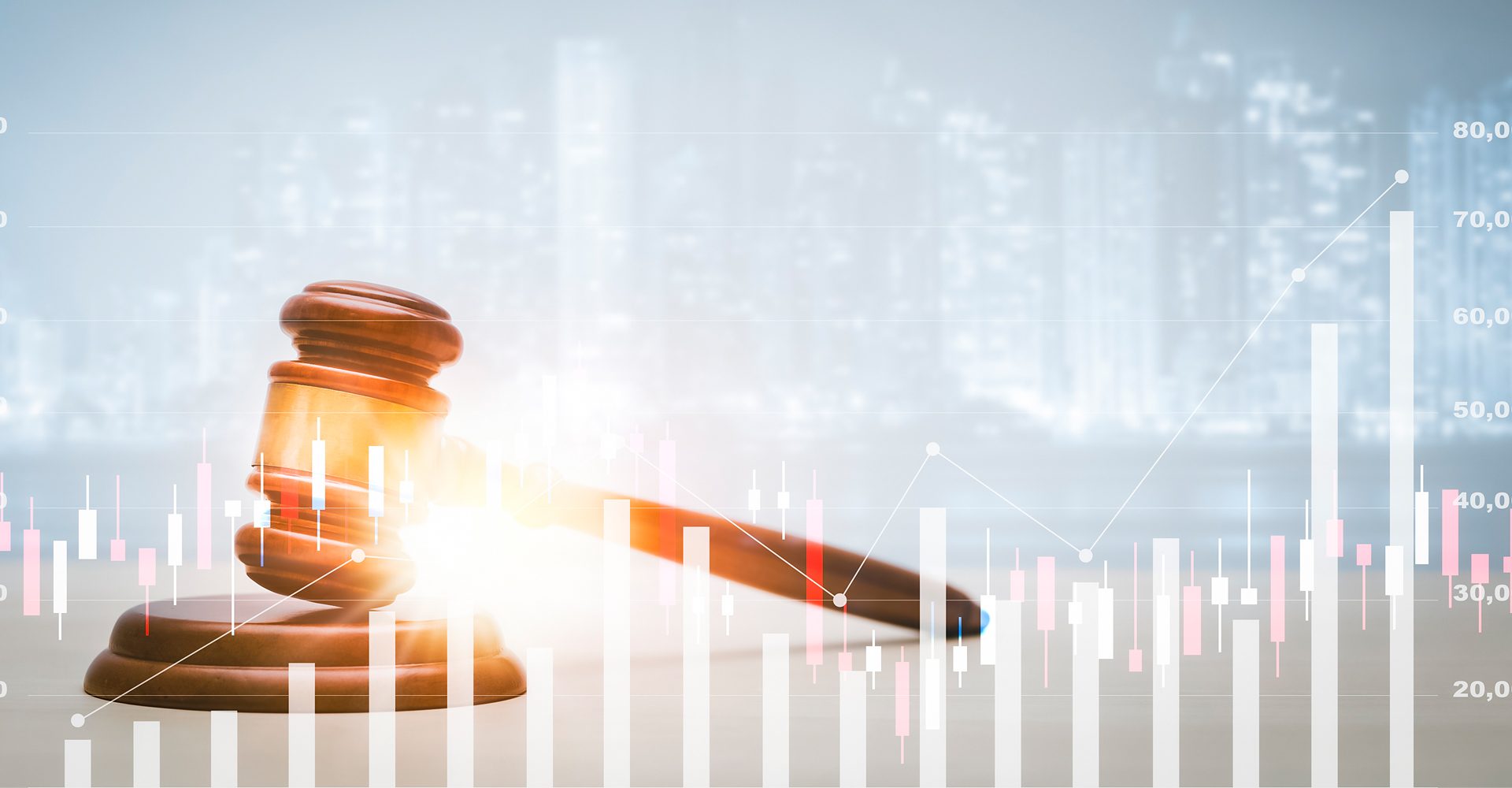 There have been a series of breathtaking developments in the country’s transfer pricing sphere lately. Since the start of the year 2021, the government has made changes to the transfer pricing legislation such as the introduction of the Section 113B (penalty for a failure to furnish transfer pricing documentation on a timely basis) and Section 140A(3A) (surcharge of up to 5% on transfer pricing adjustments). Most recently, the Inland Revenue Board (IRB) has expanded the transfer pricing disclosure section in the income tax return form (i.e., Form C) in requiring companies engaged in controlled transactions to declare their functional profile in the Form C. The slew of new measures significantly tightened the transfer pricing regime within Malaysia.

Amidst the backdrop of these changes, transfer pricing centric litigation is increasing in number as we march into the 15th anniversary since the introduction of Section 140A in 2009. The frequency of litigation is signaling that transfer pricing disputes are becoming more significant. What can be observed is that a transparency gap exists between the IRB’s expectations, the rules and regulations as they currently stand, and the ongoing practice by tax practitioners as well as taxpayers. It is through the courts’ interpretation of transfer pricing legislation that we develop a more matured transfer pricing regime. Whilst we discuss the legal implications of the recent cases, which have been largely decided in favour of the taxpayers, it is perhaps time to take stock of these latest decisions made by the courts and analyse them through practical lens.

The two most recent cases that have been widely discussed are:

At the Special Commissioners of Income Tax (“SCIT”) level in the SEO case, the SCIT held that the IRB had failed to support its decision to utilize the median point of a benchmarking analysis, done at the request of the IRB, as a basis for adjustment. The taxpayer had proved that the additional assessments imposed by the IRB were exaggerated or wrong, and such a decision was reaffirmed by the High Court on 17 May 2022.

As for the PGM case, the taxpayer had defended the appeal filed by the IRB at the High Court which reaffirmed the decision made by the SCIT in a previous judgement. It was made clear in the judgement issued that the taxpayer did not attempt to evade or avoid tax, had sought professional advice concerning its transfer pricing policy and tax matters, and that the main issue of contention was a technical disagreement regarding transfer pricing policy.

The above cases are regarded as being instrumental to the conversation surrounding transfer pricing and contribute significantly to the ongoing development of the transfer pricing regime within the Malaysian context. The two cases had taken place under unique circumstances but share common outcomes which may serve as the foundation for how taxpayers can assess their own levels of transfer pricing compliance. In addition, both the SEO case and PGM case reaffirm long held positions among tax practitioners that are often challenged by the IRB during the transfer pricing audit phase.

Given the above developments, taxpayers can take note of the following practical considerations and lessons learnt in evaluating their current transfer pricing matters and level of compliance. This will enable taxpayers to build a robust defence against any potential transfer pricing dispute that may take place post-audit.

1. The importance of an appropriate benchmarking analysis

The first obvious starting point is that of the preparation of an appropriate transfer pricing analysis. The topic of benchmarking analysis and the application of the Transactional Net Margin Method (“TNMM”) is often widely discussed in the tax sphere. However, the SEO and PGM cases bring this issue to the forefront like never before. In both cases, the applicability of the benchmarking analysis performed by the taxpayer was significantly challenged. In the SEO case, the taxpayer and the IRB had agreed on a final set of comparable companies. However, in the PGM case, the IRB disregarded the taxpayer’s analysis entirely despite two levels of benchmarking analyses being presented i.e., one on a regional level and another on a local level. Whilst the benchmarking analyses were challenged by the IRB and rejected, the courts ultimately affirmed the reasonableness of the analysis and sided with the taxpayer. The findings of the High Court noted that the IRB’s own set of comparable companies ought to be rejected as the taxpayer had produced a reliable analysis. The taxpayer had appropriately performed a functional analysis and aligned its selection of comparable companies to that of the taxpayer’s own functional profile. In addition, the taxpayer had prepared a complete transfer pricing documentation with an appropriate methodology for selection – which very much aided the taxpayer in obtaining a favourable outcome. This was in contrast to the IRB’s own lack of analysis – a point highlighted as being fatal and against the IRB’s own transfer pricing guidelines.

The lessons learned on this point is that, whilst the IRB may challenge the application of the TNMM during an audit, it is vital that taxpayers place an emphasis on the preparation of an appropriate benchmarking analysis that has been performed with a proper basis. An arbitrary selection of comparable companies or a simplistic approach is unlikely to yield a positive outcome in the event of any disputes. In addition, as the benchmarking analysis is often requested during the audit process, as in the SEO case, it is considered good practice for taxpayers to prepare such an analysis. This is especially so if the taxpayer meets the threshold for the preparation of a full transfer pricing documentation under Paragraph 1.3.1. of the Malaysian Transfer Pricing Guidelines or engages in cross-border transactions. The preparation of a benchmarking analysis in this case will act as an additional safeguard to defend the taxpayer’s position in the event of a transfer pricing audit.

2. Burden of proof is on the taxpayer

A key outcome of the SEO case is the determination of where the burden of proof lies. The SCIT had cited the case of Macmine Pty Ltd v FCT (1979) 9ATR 38, which noted that “the question in tax appeals is never whether the Commissioner has established, by proof, the particular state of facts upon which he relies in support of his assessment, it is, rather, whether the taxpayer has established the non-existence of the state of facts and, hence, the excessive (sic) of the assessment”. In other words, the burden of proof lies with the taxpayer to show that the facts to support the assessment made, as interpreted by the tax authorities, do not exist.

To do so effectively, the taxpayer must realise that both quantitative and qualitative information are required to be sufficiently analysed and documented. From a quantitative perspective, the importance of the benchmarking analysis has been highlighted in Item 1 above. Taxpayers also must ensure that evidence such as economic data, transaction data, price movements for commodity-based transactions and financial data are all kept appropriately with respect to related party transactions. This would aid the taxpayer in making the arguments that its transfer prices have been sufficiently analysed and are in line with the arm’s length principle.

The PGM case provides a clear illustration of its importance. During the audit proceedings, the taxpayer had sought to address the IRB’s queries regarding its transfer pricing practices by providing multiple sources of information. This included a functional analysis done within the transfer pricing documentation, sample marketing and promotional documentation, as well as explanations via letters to the IRB regarding the related party transaction being scrutinised. Specifically, the High Court noted that the taxpayer had offered “…not only documentary evidence but also elaborate explanation…” on the queries raised by the IRB. Therefore, it can be observed that the information presented by the taxpayer, which were aligned to the transfer pricing documentation and corresponding benchmarking analysis prepared, was a key component for consideration by the High Court in affirming the decision made regarding the PGM case in favour of the taxpayer.

Hence, taxpayers should ensure that the qualitative aspects of their functions, assets and risks as well as the general conduct of their business with respect to related party transactions are well documented. This may include keeping qualitative information relevant to the company’s transfer pricing practices such as product brochures, marketing information, internal memos, meeting agendas or presentation slides. Whilst this list of information is not exhaustive, it should serve as a starting point for in-house tax teams on the part of the taxpayer to begin collating information relevant to the related party transactions documented in the company’s transfer pricing documentation. Such information may prove to be vital in supporting any arguments made by the taxpayer during a transfer pricing dispute with the IRB as well as in future court proceedings.

This article is not meant to comprehensively summarise the cases concerned but to highlight lessons that can be learnt by taxpayers to mitigate and manage any possible challenges to transfer pricing practices they have currently implemented. The lessons outlined above are by no means exhaustive in nature. From a practical standpoint, the adherence to transfer pricing rules and regulations has to strike a balance between practicality and idealism. As Malaysia continues to move forward in developing its overall tax regime, we can expect greater emphasis on the transfer pricing front. The failure for businesses engaged in related party transactions to align their practices with such developments could result in hefty tax costs during a tax audit – a circumstance most undesirable for many. Our recommendation is to take this opportunity to re-evaluate the existing practice with regards to transfer pricing compliance and take measured steps to ensure that any existing gaps are addressed in a timely fashion.