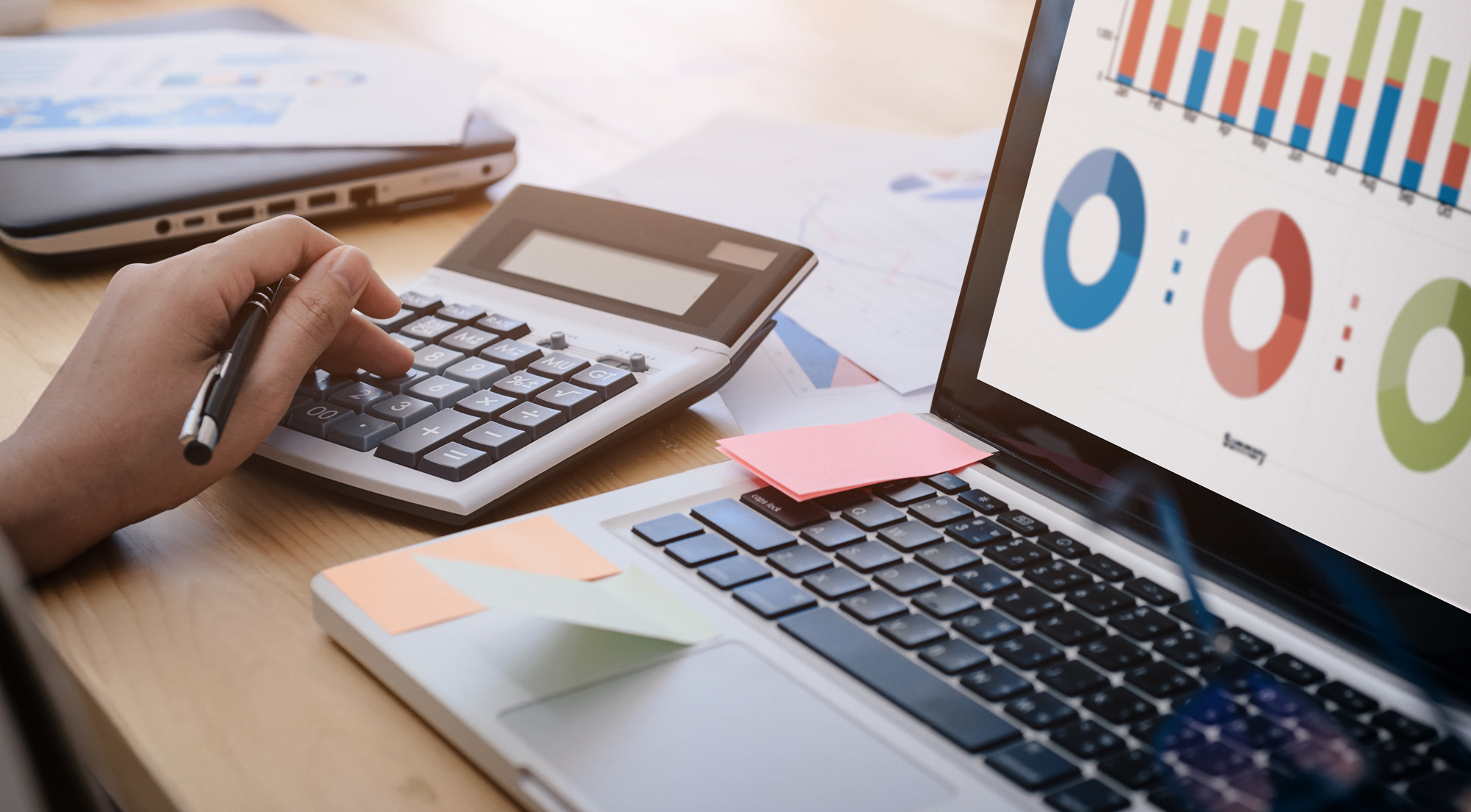 What are the key Budget 2018 proposals that we should know about? And what are the impacts and implications?

Touted as a Budget for the people, the 2018 Malaysian Budget had goodies for many segments of society and the economy. “The 2018 Budget is intended to improve the standard of living of all Malaysians, and took into consideration the global economic performance and synchronised economic growth,” said Mohamad Azizal Abd Aziz, Principal Assistant Secretary, Incentive Section, Tax Division, Ministry of Finance, Malaysia, when kicking off the opening session at the recent MIA 2018 Budget Seminar with the theme of Encompassing TN50 Aspirations.

Among the highlights of this segment are:

GST has been utilised successfully to diversify the government’s sources of revenue, bringing in RM27 billion in 2015, its first year of implementation; RM41.2 billion in 2016; and collections may exceed RM41.5 billion in 2017. GST is projected to touch RM43.8 billion in 2018, making up 18.3% of government revenue.

The following are some of the key GST measures per the Budget.

Twelve tax incentives have been proposed, ranging from incentives to promote automation in the manufacturing sector, to boosting existing incentives to encourage industrial transformation through more concerted adoption of technology across the industrial board. These include the following:

Remarking that the 2018 Budget was essentially a one-year plan that nobody should get excited over, Dr. Veerinderjeet said that the Ministry of Finance had to look at many issues, internally and externally, taking into account a wide range of domestic and global dynamics, when crafting the Budget. Thus, Budget strategies involved invigorating investment, developing the future generation, prioritising the people’s wellbeing, driving inclusive development, fortifying industry and the digital economy and enhancing efficiency and delivery of public service.

Malaysia’s budget deficit has decreased overall, from 3.4% in 2014 to 2.8% in 2018. Income tax will continue to be the largest contributor to government revenue, at 42.6%; emoluments, at 28.2%, will be the government’s largest expense. He conceded that while the figures still “look nice,” there were still areas of concern. One is regional competitiveness; “how do we compete in ASEAN?” he asked. Another is revenue shortfalls. Opining that private investment will have to drive the economy, he said that a huge challenge to revenue was looming, with 261,000 individuals recently removed from the taxpayers’ pool. Currently, only about 14% of Malaysians pay income tax, and income levels are still low.

Low incomes are tied to the conundrum faced by Malaysian firms, where they are constrained from paying higher wages because it affects their bottom line and competitiveness, he said, adding that Malaysia was still developing and was thus affected by the global competition for FDI. He cautioned against the fixation on achieving high-income status, because this is not the only measure of sustainability and wellbeing. “A high-income nation is not an indication of a developed nation,” he cautioned. His overview also covered comparisons of corporate tax rates in ASEAN and globally, and personal income tax rates. In terms of personal income tax rates, Bruneians pay nothing, while the Dutch, at 52%, pay the most. Malaysia, with a top rate of 28%, is higher than Singapore, Laos and Myanmar but lower than Indonesia, Philippines, Thailand and Vietnam.

Asked for their assessments of the Budget, Tan Hooi Beng, Partner, International Tax Services, Deloitte Malaysia remarked that tax authorities needed to act faster when it came to issuing exemption orders, and pointed out that some of the incentives announced by the Budget were not new – they were extensions of existing incentives. Explaining some of the reasons for the delay in issuing exemption orders, John Patrick Antonysamy, Deputy Undersecretary, Tax Division, Ministry of Finance said that extensive engagement with other agencies was necessary before gazetting could be done. Hazlina Hussain, Director, Dispute Resolution & Board Secretariat Department, IRB Malaysia clarified that: “The Budget announcement is just a general announcement. We don’t have the full picture until the whole rules are issued.”

Understandably, rulings needed to be as comprehensive as possible from the outset so that only minimal changes would be necessary later, and be less likely to inconvenience taxpayers. Annie Thomas, Senior Assistant Director, Fraud Investigation Unit, RMCD confirmed that guides were being constantly updated.

Going forward, practitioners need to be more aware of the big picture of international developments as we live in an increasingly borderless and integrated world. For instance, Malaysia has committed to the OECD’s tax initiatives, including Base Erosion Profit Shifting (BEPS), which means we have to align our regulations and enforcement with the OECD’s regulations and this will transform the local tax landscape.

On the subject of OECD tax compliance matters, it was indicated that Malaysia’s tax laws were perceived as being not transparent enough where combatting tax avoidance was concerned. This has led to stronger commitment on Malaysia’s part to the OECD in respect of BEPS in order to get from its current position on the “Grey List” to a more favourable spot on the “White List” as being on the White List makes a country a more desirable investment destination.

The digital economy may well be the next engine of growth for Malaysia, and as such, taxation issues are of paramount interest. In 2017, e-commerce is expected to grow to about US$3.8 billion; 30% of e-commerce transactions in Southeast Asia originate from Malaysia, which has an estimated digital population of 20 million. In line with this, the Malaysian Digital Free Trade Zone was recently launched in the hopes of doubling e-commerce growth by 2020. Malaysia is ideally situated in the ASEAN region, with its population of 625 million, to push the regional digital economy agenda.

One interesting point brought up by Renganathan Kannan, Partner, TraTax in the panel discussion on digital economy taxation is that people who earn in the digital economy may not be paying taxes because tax authorities are unable to track exactly how much they earn.

Here in Malaysia, “Guidelines have been issued by the IRBM but these are still based on the system of taxation for the traditional economy. Tax systems need to cater for modern business practices,” said Chow Chee Yen, Executive Director, Advent MS Tax Consultants Sdn Bhd. At the same time, Chow understood the government’s prudence. “The government wants to be fair to everyone,” added Chow. “That’s why it’s taking time to come up with legislation.”

Ng Sue Lynn, Executive Director – Indirect Tax Services, KPMG Tax Services Sdn Bhd noted that laws for Malaysia’s digital economy are in the pipeline, although these have not been announced yet. In the course of drawing up the necessary guidelines, panellists expressed the hope that these will be clear and take into consideration the degree to which taxpayers will be affected once the rules and regulations are implemented. It was felt that the IRB was sometimes too quick to inflict penalties even though the taxpayer had made honest efforts to comply.

Malaysia is in good company in initiating digital economy taxation. Certain developed countries are already taking steps to capture digital revenue. Always ahead of the curve in Asia, Japan, Taiwan and Korea have found ways to tax those operating in the digital economy. Australia is already moving in the direction of digital taxation, having implemented GST registration for foreign service providers in June 2017. “India has an equalisation levy (another type of system) where the payer withholds 6% and then pays that over to the government,” Pragalathen Krishnan, Country Controller & Director, NXP Semiconductors Malaysia Sdn Bhd said. “Singapore is revamping its GST charges on digital economy.” In an earlier panel discussion, Annie Thomas, Senior Assistant Director, Fraud Investigation Unit, RMCD had shared that there were plans to tax digital services where individual users pay for downloads online. “Authorities will register foreign service providers to facilitate this,” she said, indicating that foreign service providers will be treated the same way as local ones.

Systems support and data integrity will be vital to facilitating taxation of the digital economy. Towards this end, the IRBM intends to kickstart XBRL in 2018, but this will be challenging because it will require more detailed input. To help taxpayers, the Companies Commission of Malaysia will issue examples of XBRL. Panellists stressed that while systems must evolve to meet needs, these systems can only be effective if they are built on reliable data, so the integrity of the data itself is likely to be a fundamental issue.