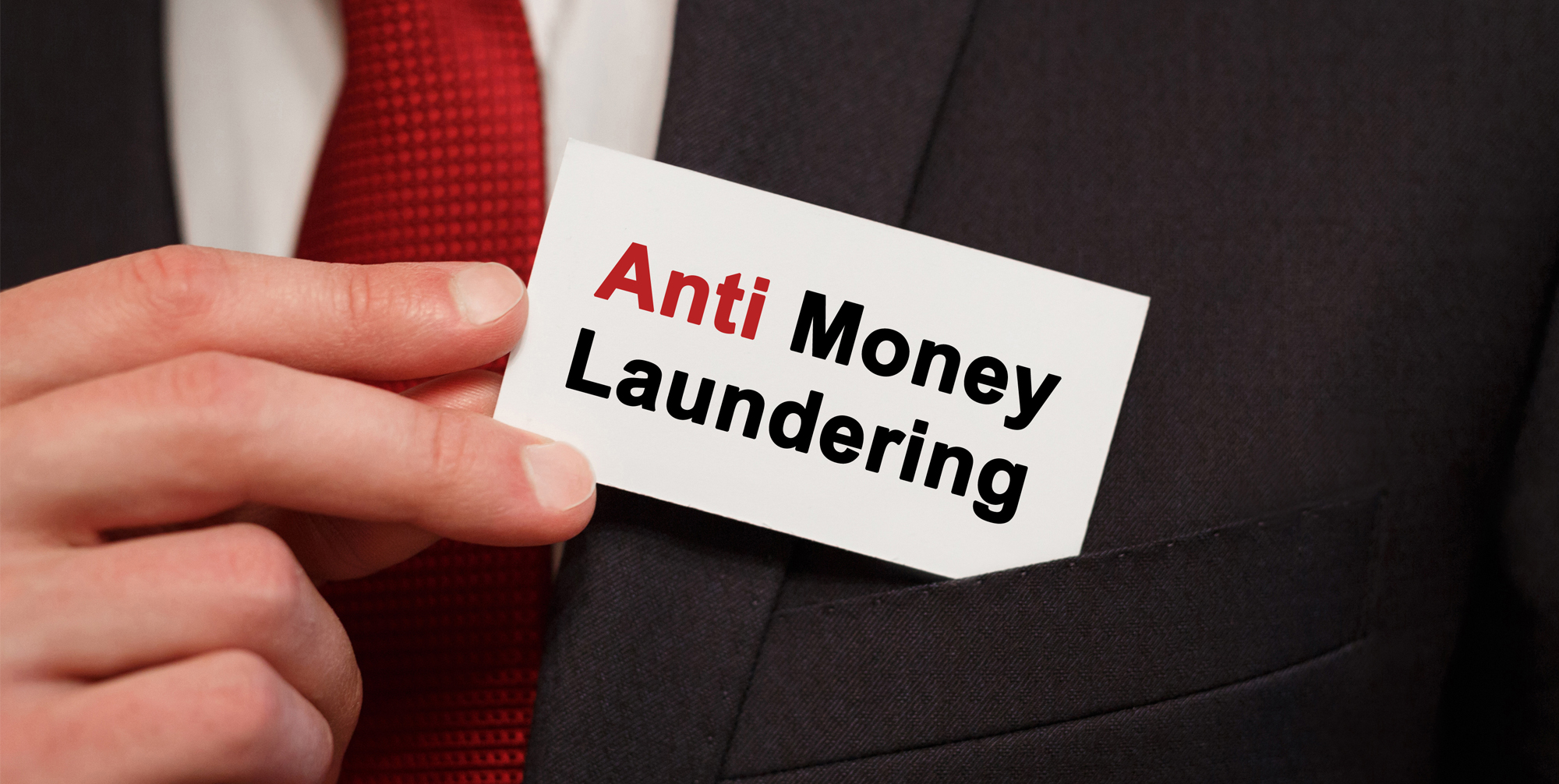 As the new regime cracks down on graft and money laundering, accountants and Those Charged With Governance (TCWG) must be alert to their obligations under the relevant legislation. To educate members on their duties, MIA in partnership with TraTax and Lee Hishammuddin Allen & Gledhill recently organised a panel session on Money Laundering: The Functionality, Impacts and Consequences as part of the one-day event on Recent Tax Disputes and Directors’ Responsibilities in the Present Regime. The lively panel was moderated by Umapagan Ampikaipakan, producer and presenter from BFM.

Pursuant to Part IV of the Anti-Money Laundering, Anti-Terrorism Financing and Proceeds of Unlawful Activities Act 2001 (AMLATFPUAA), accountants are reporting institutions (RIs) when they prepare or carry out Gazetted Activities for their clients as published in P.U.(A) 340/2004 and P.U.(A) 293/2006.  Additionally, accountants who are RIs under the AMLATFPUAA, are subjected to Anti-Money Laundering / Counter Financing of Terrorism (AML/CFT) – Designated Non-Financial Businesses and Professions (DNFBPs) & Other Non-Financial Sectors (Sector 5 Policy Document).

While many focus on the anti-money laundering aspect, “unlawful proceeds is a powerful tool that allows the authorities to actually go in and investigate to see what is there,” said Bahari Yeow Tien Wong, Partner, Lee Hishammuddin, Allen & Glenhill. “If there are proceeds that the authorities suspect as being from unlawful activities, they can actually freeze these and seize these for the purposes of investigation. Finally, the authorities have the power to forfeit these, if at the end of the investigation, it is established that these are unlawful proceeds.”

From the IRBM’s tax perspective, three of the sections in the Income Tax Act 1967, were gazetted in the AMLATFPUAA under Sections 112, 113 and 114 where Section 112 is non-compliance, 113 is incorrect return and 114 is wilful evasion. Any crimes that fall under these three sections are considered serious offenses subject to the AMLATFPUAA “During the course of an audit or investigation, the IRBM might flag companies with active accounts but no operational businesses as these are red flags for minor money laundering activities covering unlawful proceeds, that could fall under the ambit of AMLATFPUAA,” explained Shazmin Shamsul Ariffin, Division Director, Special Task Department, Inland Revenue Board Malaysia (IRBM).

For accountants who provide taxation services, for example, “While you think you are just managing tax, money laundering could occur in the tax return and tax declaration, such as tax evasion which is a serious offence (or predicate offence) under AMLATFPUAA,” said Dr. Sarah Azlina Che Rohim, Acting Deputy Director, DNFBP Division, Financial Intelligence and Enforcement Department, Bank Negara Malaysia (BNM).

“Money laundering has three layers: placement, layering and integration. Accounting firms could be abused as a conduit to money laundering during placement, when clients deposit money into their client accounts with the firms,” she clarified.

Dr. Sarah also quoted the creation, operation and management of companies as a risk area for accountants, broadly termed as gatekeepers, together with lawyers and company secretaries. For example, the Panama Papers debacle revealed how tax evasion schemes were designed to layer companies and create trust arrangements involving gatekeepers, who acted as nominees and trustees to those schemes. Although these are ordinary activities in the course of business, “the bottom line is that layering may have happened through companies and nominee shareholders as well as nominee directors for the purpose of concealing dirty money,” explained Dr. Sarah.

So, what are the preventive measures that accountants can take to protect themselves from being ‘abused’ by the money launderers?

“As RIs under the AMLATFPUAA, financial institutions, as well as Designated Non-Financial Businesses and Professions (DNFBPs) act as the first line of defence to curb money laundering activities.”

“These RIs are required to comply with the AML/CFT measures as provided under the AMLATFPUAA and relevant instruments in order to protect themselves from being abused for money laundering and terrorism financing activities. AML/CFT requirements pursuant to Part IV of AMLATFPUAA include among others customer due diligence (CDD), record-keeping requirements, compliance programme, and reporting of suspicious transactions reports (STRs),” explained Dr. Sarah.

There are also requirements to screen clients against the terrorism financing (TF) and proliferation financing (PF) lists, which refer to the United Nations Security Council Resolutions (UNSCR) Lists on TF and PF, as well as the TF list published by the Malaysian Ministry of Home Affairs (MOHA). Failure to comply with AML/CFT requirements under the AMLATFPUAA may attract criminal penalty.

Dr.Sarah further elaborated that when conducting CDD, accountants need to ask the relevant questions to know their customers. “The apex of the preventive measures is CDD and determining the customer’s identity. You need to know who you are dealing with. In providing services related to the purchase of a property for example, you need to find out the purpose of the purchase and the client’s source of funds in financing the purchase.”

“You also have to know your business and what is the norm and what would be a red flag. There is no quantum or threshold for suspicious transactions, rather accountants must look out for unusual transactions,” interjected Bahari.

Lodging STR does not mean that the relevant transaction / business relationship must be terminated immediately. “Usually, we don’t stop you from making that transaction (that is connected to the STR). The STR is your protection; you are going in with eyes wide open. The problem arises when you don’t properly undertake CDD at all and hence are unable to detect unusual transactions or irregularities to report STR,” continued Dr. Sarah. “If you think that the transactions conducted by the same client are of higher risk, you need to conduct enhanced and ongoing transaction monitoring and consider the need to report STR. Unless the client is on UNSCR or MOHA lists; then you cannot do business with the client at all, and you need to freeze any of the clients’ funds held and submit a STR to BNM immediately.”

For detailed requirements on CDD, STR and other preventive measures, accountants can refer to the AMLATFPUAA and the guidelines i.e. the AML/CFT – Sector 5 Policy Document for DNFBPs which is accessible at http://amlcft.bnm.gov.my. The form to submit STR can also be downloaded from the same website/link.

Pursuant to Section 24 of the AMLATFPUAA, there is a protection for RIs that report STRs to BNM. No civil, criminal or disciplinary proceedings could be taken against a person who reported an STR, unless the information is disclosed or provided in bad faith.

RIs are also required under the AMLATFPUAA to keep the information in STR submitted to BNM confidential. On the other hand, BNM also implements strict security to preserve confidentiality of information provided in STRs.

The current low level of DNFBPs’ (including accountants) awareness of, and compliance to AML/CFT requirements underscores the need for close collaboration between BNM and the relevant self-regulatory bodies, e.g. MIA. Such is aimed at elevating the accountants’ awareness and effective implementation of the AML/CFT requirements through a national compliance programme, to protect themselves from being abused for money laundering and terrorism financing activities. “Lodge STR when in doubt of any transaction conducted by your client, as the STR is part of your protection,” Dr. Sarah reiterated.

Wrapping up, the panellists urged accountants to do their duty to the country as reporting institutions, to eradicate money laundering and graft. “The International Monetary Fund (IMF) estimates that 2-5% of a country’s GDP consists of unlawful proceeds. Hypothetically, put in a Malaysian context, that is around some RM36.5 – RM91.2 billion of dirty money. That’s a lot of money that could have been used for the productive capacity of the country,” said Dr. Sarah.