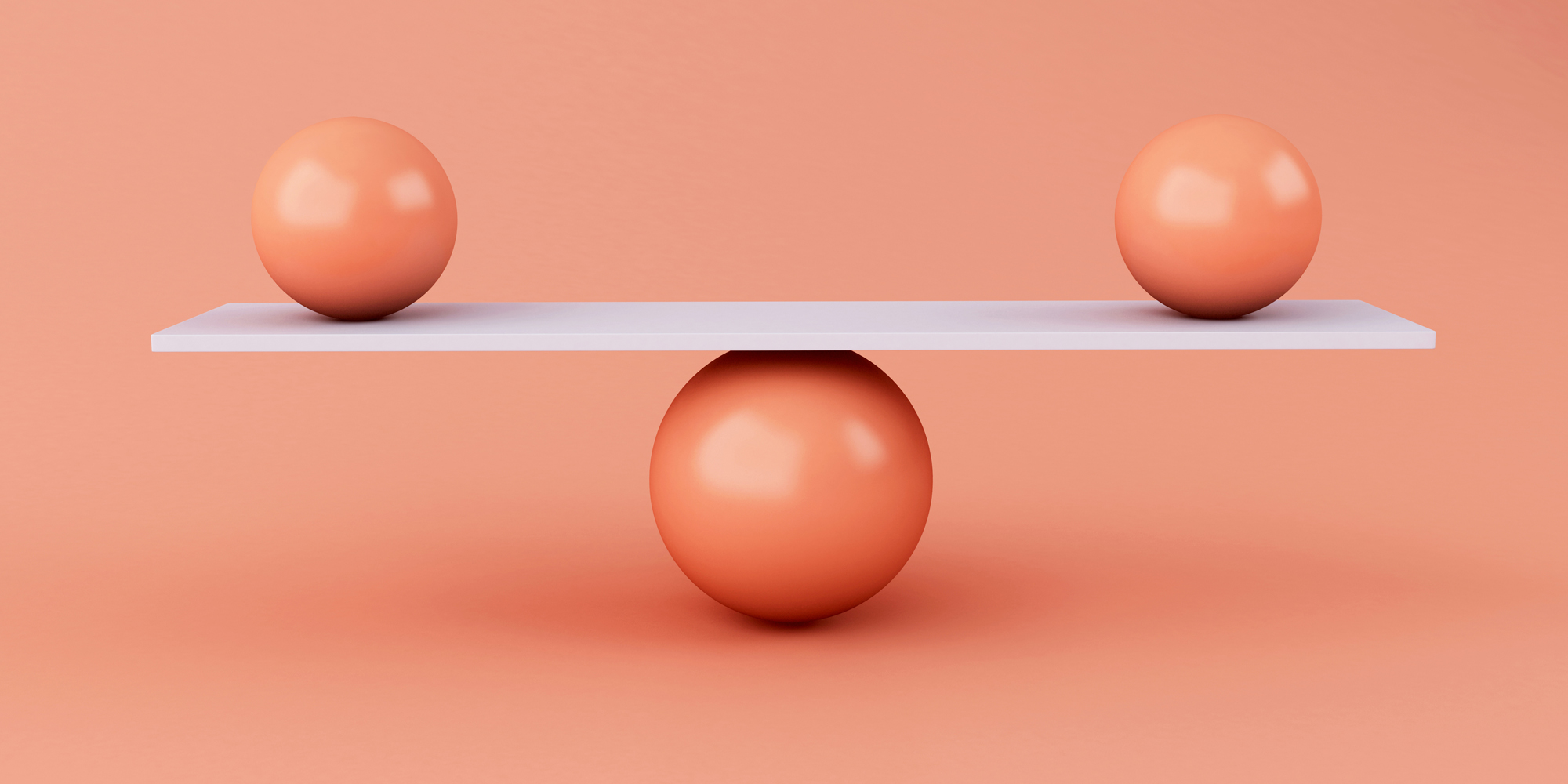 Fair and equitable is a requirement of schemes of arrangement and an essential part of the code of conduct in large complex voluntary restructurings. The focus in recognising priority at the time of restructuring is mostly in respect of the alternative, which is liquidation. In reality, it is more nuanced. This is because the very essence of restructuring is that it is based on a going concern basis and the business is returning to profitability and growth. Historically, any reference to a post-restructuring scenario is limited to the sharing of upsides and priority of new monies to the post-restructuring cash flow. Post-restructuring events such as business failure or sale of the business (for a significant profit after the debts were compromised) shows the weaknesses of traditional approaches and could leave parties feeling shortchanged when these events occur.

This paper, through examples, provides scenarios which could play out and lead to a situation where a stakeholder in a restructuring could feel that he has been treated unfairly. Further, it presents an alternative approach based on examining the Enterprise Value of the borrower where the outcome results in fairness even when post-restructuring scenarios are considered.

The table below shows the three balance sheets as a business moves from a going concern towards liquidation.

A. Balance sheet prior to distress where the borrowings are secured by the business’ fixed and floating assets.

B. Balance sheet at the point of distress following impairment of assets and accounts produced on a going concern basis. Here, the impairment of assets is assumed to be RM30. This is the stage businesses should consider restructuring as it is operating under an insolvent balance sheet. Though, it is noteworthy that restructuring is typically driven by liquidity (cash flow) issues as opposed to balance sheet insolvency.

C. Breakup value accounts are produced given that the company is unable to continue as a going concern. If liquidation ensues in this scenario and assets are realised in accordance with the breakup value as per the above balance sheet, the shareholders will receive nothing, and the lenders will receive a recovery on the basis of RM0.25 on every RM1.00 of debt. In this case, the entire RM20 recovered benefits the lender.

There are three traditional approaches to a restructuring, the main difference usually being the amount of haircut taken by the creditors and shareholders in each approach.

The restructured balance sheet under Approach 1 is as follows:

The restructured balance sheet under Approach 2 is as follows:

The restructured balance sheet under Approach 3 is as follows:

Impact on the 3 Approaches after the business is sold, post-restructuring

Now, let’s say there is a buyer who performed a fair valuation of the business to identify the enterprise value and the value outturned is RM60, and the buyer proceeds to make an offer for that amount.

Assuming the RM60 is then distributed to creditors and shareholders of the business in order of priority:

a. This is calculated via RM80 (original debt) -25 (distribution from the sale) -10 (upfront payment)

b. This is calculated via RM80 (original debt) -50 (distribution from the sale) -10 (upfront payment)

c. This is calculated via RM80 (original debt) -60 (distribution from the sale) -10 (upfront payment)

d. This is calculated based on new money that converts preferred capital to equity to enjoy the upside therefore the distribution of RM23 will be 23*10/12, i.e. RM19 to new money and remaining RM4 to existing shareholders. Therefore, the profit would be RM19 less the RM10 invested.

e. This would be the RM10 to be distributed in preference to new money so recovering the original RM10.

f. The RM10, even if it is preferred capital, is written off as there was no recovery to shareholders

g. Profit is RM4 (see note d) against the RM2 that was preserved post-restructuring, outturning a profit of RM2

h. This is the RM2 loss allocated if the legacy creditor receives nothing for the RM2 preserved post-restructuring

i. This is computed on the nil recovery against the RM10 preserved post-restructuring

j. Recovery is computed as the amount received in respect of the creditor’s distribution from the sale plus the RM10 upfront payment as part of the debt settlement.

The following are the key takeaways from the table above:

Understanding the value prior to the restructuring

Let’s consider a scenario where the going concern value of the business before injection of new money is RM52 (pre-money value).

The business should equate the capital structure to the value of the business and thus in this case, the shareholders, even as a going concern, have no residual interest as the level of debt is RM60 and the business value is only RM52.

New capital invests RM8 in the business on the basis that the business has a value of RM52 pre-money and a post-money value of RM60. However, to entice new money, we allocate RM10 of the post-restructuring equity to the new money. Therefore, if the equity of RM10 is issued at a discounted value to the new money i.e. RM8, then there is a potential immediate upside of RM2. To equate the post balance sheet value and the capital where new monies is allocated RM10 in equity, the shareholders have to be fully written off and creditors accept a waiver of RM30.

Assuming the objective for the restructured balance sheet is a gearing ratio of debt to equity of approximately 0.7x, then RM60 should be allocated as RM25 in debt and RM35 in equity.

Therefore, the post restructuring balance sheet is as follows:

* Debt to equity of RM25 and new money investor allocated RM10 of value.

The enterprise is then sold for RM60 and the distribution of capital in order of priority is as follows:

1 Shareholders include the debt-to-equity portion.

2 Invested RM8 and received RM10, therefore the profit is RM2.

3 Being recovery of RM30 from debt and RM20 from conversion of equity, totaling to RM50 against the original debt of RM80.

In this case, there is fairness achieved in terms of the debt restructuring exercise as the following are achieved:

In a consensus-based restructuring under a debtor-in-possession approach, there are many facets that need to be considered. For example, the amount of upfront cash, the return that the New Money seeks, the applicable discount, some compromise return for legacy shareholders i.e. ensuring the recovery to legacy shareholders is not nil, creditors’ assessment of non-financial issues such as borrower’s conduct, likelihood of the restructuring succeeding, and whether the New Money is truly genuine, in essence not a backdoor entry of the legacy shareholder whose conduct was poor.

Fair restructuring terms are critical for businesses to return to growth and at the same time, respect the rights of creditors with regards to priority in recovering capital. On the other hand, avoid restructuring businesses with unsustainable debt which can lead to the formation of zombie companies as they prevent M&A activity when there is a desire for consolidation in many industries for businesses to regain a competitive edge.

The views expressed in this article are those of the author’s and do not necessarily reflect the view of Sage 3 and the HKUST Business School.

The author would like to express his thanks to Philip Lau, Andrew Hoh, Jean Chong, and Ong Ying Chuan for their contributions to this article. 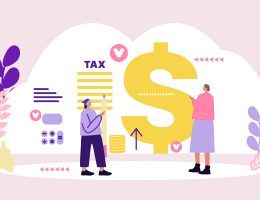 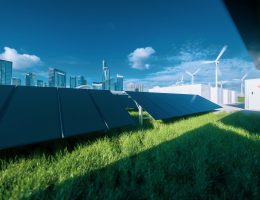