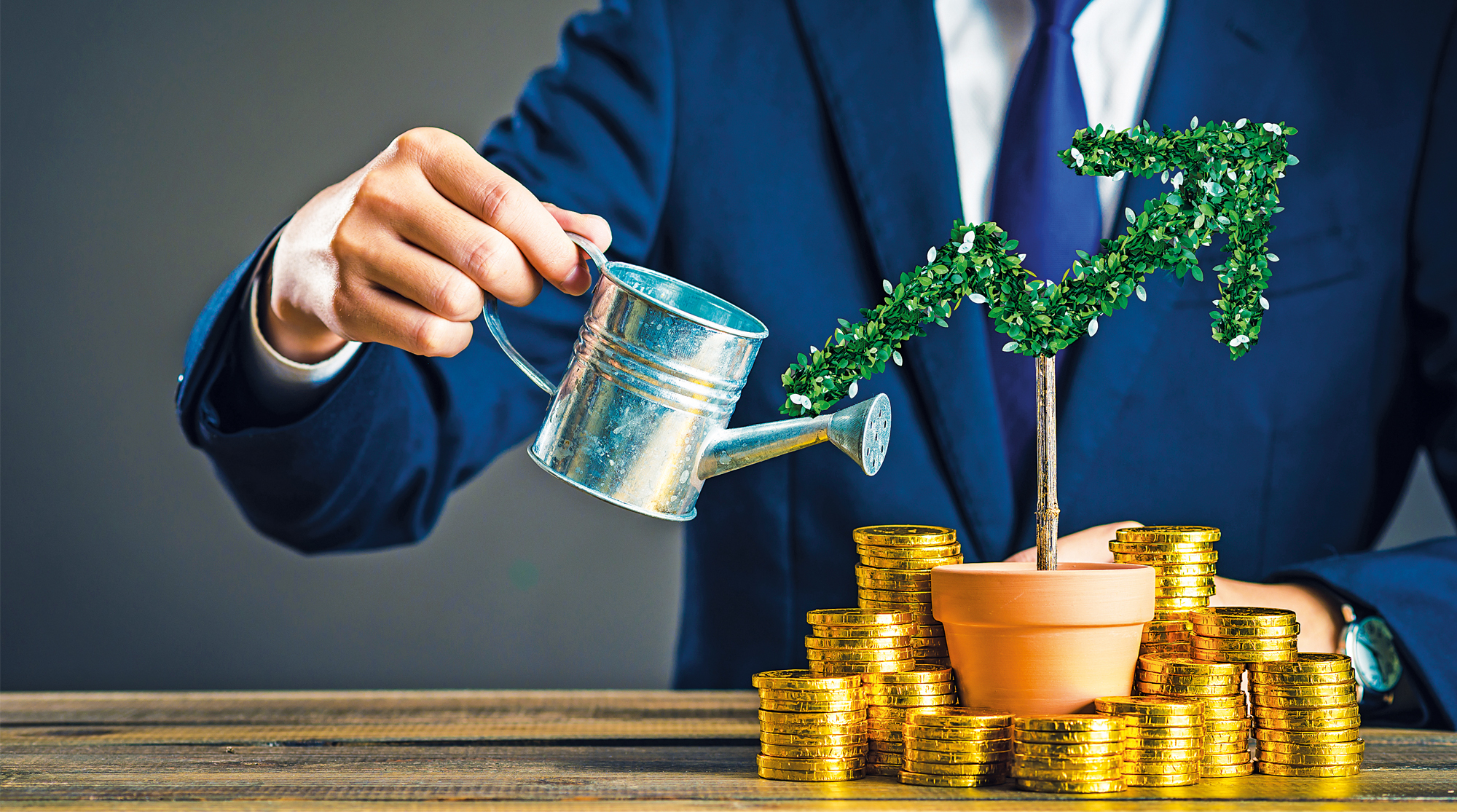 New Accountant General of Malaysia Datuk Saat Esa shares his views on the strategy and direction of the AG’s Department going forward.

Datuk Saat Esa has less than two years to go in his tenure as the new Accountant General of Malaysia (AG) before retiring in 2019. Nevertheless, he is bound and determined to lead the Accountant General Department (AGD) of Malaysia to achieve its goal of becoming a high-performance organisation that delivers high-quality services to its stakeholders.

To execute this strategy, Datuk Saat is steering change and transformation in three key areas: people, process and governance, underpinned by the ongoing implementation of accrual accounting.

“If we want to become a high-performance organisation, the people also have to be high performing. Thus, we have to do change management for our own staff as well as people involved in accounting transactions in various ministries.”

Governance and controls are critical to this migration, and thus the AG’s department is developing public sector accounting standards based on the International Public Sector Accounting Standards (IPSAS), a journey that began three years ago.

Technology is also essential. As such, the AG is developing and equipping a new system – 1 Government Financial Management Accounting System (1GFMAS) that went live on 1 January 2018 (see accompanying story on “Migrating to Accrual Accounting” for more on 1GFMAS).

Datuk Saat also spoke on other key changes that the government can make or recommend to improve the quality of accrual accounting, such as migrating to accrual budgeting. “We are migrating from cash basis to accrual accounting but the budget still remains on cash basis. This requires extra information, and sometimes it may lead to confusion in interpreting the information.” For example, there are large discrepancies between cash and accrual budgets, such as those arising from provisions.  “Since cash basis does not require any provision, certain elements of expenses registered on P&L are not budgeted and then in terms of performance it is difficult to measure underperformance or performance. Just looking at the figure, you might be confused. But if you have planned (for the discrepancy and the expenditure), it is easy to check the variance and that is our target. We hope that later the government will adopt accrual budgeting and that will match the accounting.”

When it comes to preparing talent for accrual accounting, the AGD is focusing on two groups of people – users and accounting staff. Their training is divided into two major areas – knowledge about accrual accounting explaining about MPSAS and explaining about policy and the many related directives. They are also upskilled to improve their judgement, and this includes exposure to the chart of accounts and accounting treatments. They are also taught to use the incoming systems.

In addition, the AGD has embarked for the last three years on a programme for its accountants to attain professional membership, via an MoU with professional accountancy bodies such as CPA Australia, ACCA and CIMA. By 2020, the AGD is targeting that more than 50% of its accountants will have professional memberships. Currently, there are 1,109 posts for accountants in the AGD, and 984 are filled. “We have our Excellence Centre in Cyberjaya which runs these professional programmes. Over the last three years, we have enrolled 260 accountants and as of today 53 have become full members. We are benefiting from this MoU.” Datuk Saat thanked MIA for helping to facilitate this MoU that recognises the AGD as an approved employer, and includes retroactive recognition.

As the government focuses on the implementation of the digital economy and Industry 4.0 as well as the impacts of digital disruption, the AGD likewise is enhancing e-services to support this shift.

For example, one of the AGD’s functions is to manage the government’s payments process. “We are actually at the stage of 98% transactions for payments on digital, but not yet in receipting. Through 1GFMAS (which went live on 1 January 2018), we are running on a single platform. All the ministries are using one single system tied to one single data centre managed by the AGD.”

At present, the AGD has yet to implement e-receipting because there are too many fragmented payment channels and these are not integrated. “What we plan in our next business strategy plan is to come up with one single portal to cater to all the ministries.” The current situation is such that while the public is already enabled to use debit and credit cards for payments, the systems are decentralised and not integrated. Datuk Saat cited government hospital bill payments as an example, where patients must settle their bills at the hospital itself. “Even though we have embarked on 1GFMAS, the receivables and the details of debtors are still within the hospital system. Later, if we come out with one single portal – the the hospital can just push out their invoice and let the public pay either at the hospital or anywhere through their preferred channel. Then we can improve our real-time and online information to decision-makers,” he explained.  Through 1GFMAS, the AGD can already deliver real-time online information to decision-makers delayed to midnight, meaning that all transactions will close at midnight and be pushed to the dashboard.

Other systems and technologies developed by the AGD are 1SPLN (Sistem Perakaunan Luar Negeri Akruan) which was launched last year and 1SPEKS (Sistem Perakaunan Akruan Kerajaan Negeri). The AGD developed 1SPLN which is used by the Abroad Government Agencies to better manage and reduce the cashflows overseas. 1SPEKS which aims to improve financial management and accounting at state level applies to all states in the Peninsular but not Sabah and Sarawak. In 2017, 1SPEKS was rolled out to Johor, Kedah and Perlis, and it will be implemented in Perak, Negeri Sembilan, Malacca, Pahang and Terengganu in 2018, and Kelantan, Penang and Selangor in 2019.

In The Public Interest

Beginning his career as an accountant in the government sector since 1983, he has amassed extensive experience in various Ministries and Agencies of government including the Ministry of Home Affairs, the Ministry of Education, Bintulu Port Authority, Fisheries Development Authority of Malaysia (LKIM) and the Selangor State Treasury. Currently, he also serves as a director of Pengurusan Aset Air Berhad, or the nation’s custodian of national water assets tasked with ensuring water security.

Asked why he chose to enter the government, Datuk Saat quipped that he was under a government contract for seven years, and would have had to pay a RM70,000 penalty for breaking his bond. That was a substantial sum in 1983, especially since accountants in government service earned between RM800 – RM900 at that time. But on a more serious note, Datuk Saat explained that he is thankful for the opportunity to directly serve the public and further, that public service keeps him mindful of his origins and humble background, and aligned with the public interest. “The government talks about services and service delivery. Public servants are trustees who administer public funds. If I were to work in the private sector, I would have to consider the profit margin, and I can’t help thinking of how that would affect the poor,” he said candidly.

An MIA member and chartered accountant, Datuk Saat graduated with a Bachelors with Honours Degree in Accounting and also holds a Masters of Business Administration degree jointly awarded by Universiti Putra Malaysia and Aix-Marseille University, France.

With the increased emphasis on digital, cybersecurity risks are also mounting. The AGD adopts best practice ICT security policy. Given its importance, the AGD is categorised under the National Critical ICT infrastructure, bundled with all the banks and supervised by the National Security Council (Majlis Keselamatan Negara). “We face threats daily in the hundreds and thousands and do our own security posture assessment on a daily basis,” explained Datuk Saat. With the advent of 1GFMAS, the AGD will have a disaster recovery data centre which complies with business continuity best practices.

The AGD and the government are major stakeholders for MIA and as such, MIA is continually seeking avenues for partnership and strategic collaboration to support its agenda of nation-building. Datuk Saat acknowledged that the AGD has forged strong links with MIA through the AG’s representatives on MIA’s Council and Committees and that MIA has helped bridge the AGD to IFAC for IPSAS.

Going forward, the AG would like to explore joint training programmes with MIA at the AG’s training facility, but the challenge lies in aligning training with the AG’s nature of business and ensuring that the trainers have exposure in solving the AG’s technical issues, and not simply accountancy issues. “We have identified that some practitioners do auditing of statutory bodies and so on, but they don’t audit state or federal. In government, the tricky part is the procedure, the circulars and sentences in the circulars. Through my experience working at statutory bodies, if the external auditor is outsourced by the Auditor General, (challenges arise because the) auditor is not well versed with the panduan-panduan (guidelines). If you look into the Auditor General’s report to Parliament, it is not about accounting but compliance with the process and the procedures. That is what makes it (complicated); it’s not red tape but controls and balances.”