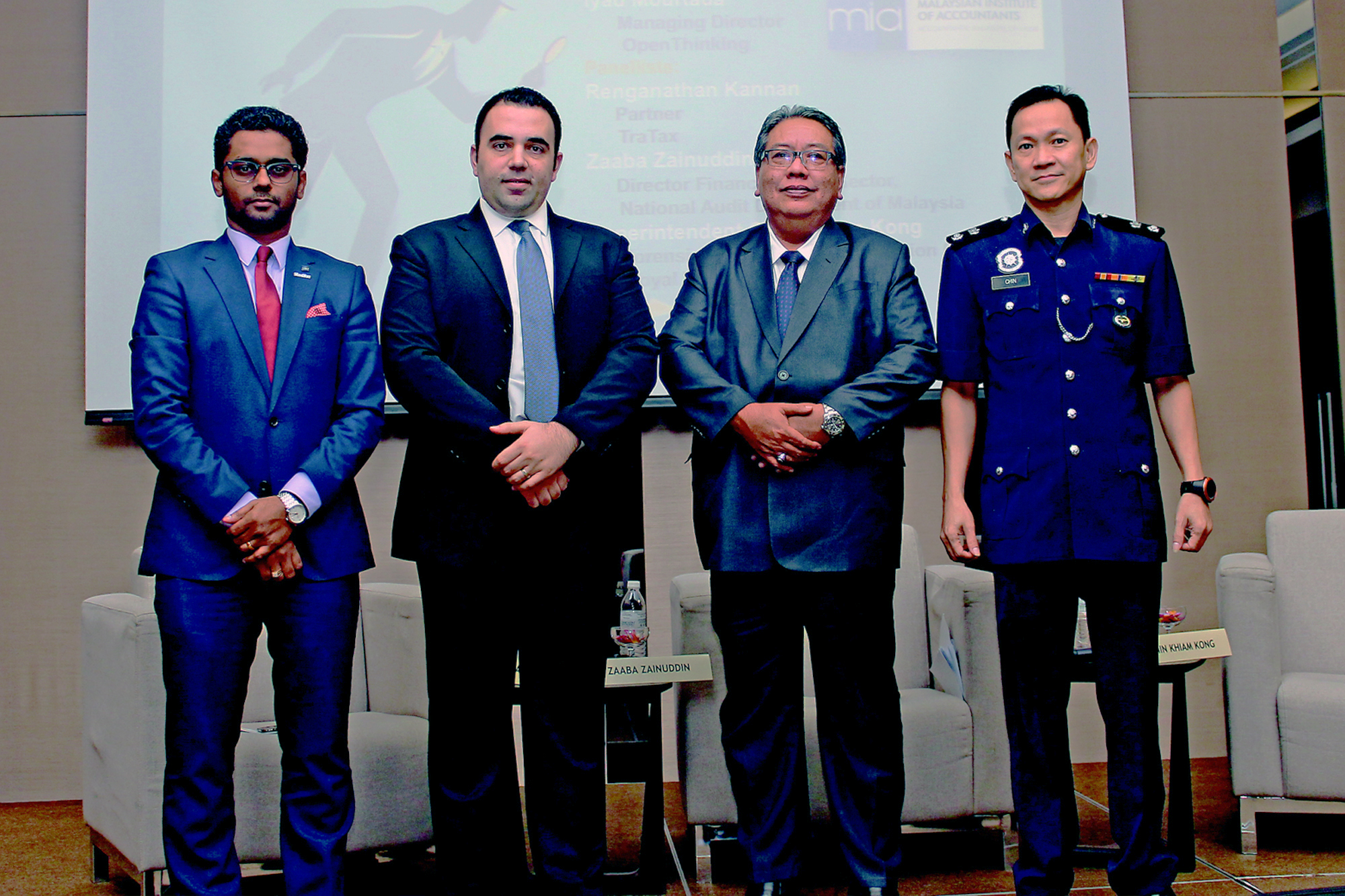 Accountants are in a powerful position because they can decide what should be included or excluded when it comes to financial matters; bad hats can “cook the books” and manipulate financial statements. While this may be legal in some cases, that does not make it right.

Accountants need to follow the rules and should also be principled, stated session moderator Iyad Mourtada, Managing Director, Open Thinking at the panel session on Combating Corruption and Corruption-facilitated Crimes at the MIA Forensic & Fraud Investigation Conference 2018. Accountants, especially forensic accountants, are key to fighting corruption and financial crimes because of their financial expertise. So what should accountants know in order to up their defences against corruption?

Know the Type of Financial Crime

Fraud comes in many forms: corruption, asset misappropriation, concealed liabilities or overstated expenses and financial misstatements to name a few. Asked what were the most common type of financial reporting fraud schemes in Malaysia, Zaaba Zainuddin, Director, Financial Audit, National Audit Department of Malaysia said that from his experience dealing with GLCs, statutory bodies, state and federal governments, the most common were overstatement of assets and revenue, and the issuing of dividends based on revenue. One of the factors contributing to this imbalance was inconsistency when applying the impairment rule. Also, valuation of assets needed to be done where the assets physically exist, using local benchmarks, in the case of investments by GLCs at home or abroad. In addition, grants and soft loans given to various aid agencies and GLCs often did not have specific conditions, making it easy to divert the cash.

Asked what kind of knowledge and skills were necessary to investigate fraud, Zaaba identified the ability to analyse, interpret figures, gauge and discern, and having an inquisitive mindset. Scepticism is vital. “Don’t accept (things at) face value,” he said. “Dig deeper.”

Superintendent Chin Khiam Kong, Forensic Accounting, Investigation Department, Royal Malaysian Police, said that knowledge of accounting and auditing, investigative ability, knowledge of the law and IT were necessary because forensic accountants are required to use a lot of technology. Zaaba added that technology was already being used extensively in auditing and review, particularly to focus on certain areas and to overcome budgetary and staff constraints. The Police, however, were currently only using Excel for analysis, said Chin.

What happens when top management is involved in fraud? It should be reported to the Board; the Board is responsible for matters like these. Zaaba acknowledged that sometimes the Board doesn’t know that fraud is being perpetrated – which makes forensic accounting even more of an imperative. Although risk management and controls are in place, they must be enforced, and the Board has oversight over this.

But what happens if the Board is in collusion with top/executive management? While this presents a complicated scenario, there are checks and balances – such as the vetting of external auditors to ensure independence and non-conflict of interest – that can be applied to maintain transparency and good corporate governance. The commission of fraud and corruption is growing increasingly sophisticated, spurring many firms to put additional measures in place to combat these detrimental practices. Some are training their own staff to identify fraud, and tightening processes and procedures for vendors and contractors, an area with high risk of corruption. These measures are particularly important where organisations have overseas subsidiaries or have to manage their businesses remotely.

Draw Up Protocols and Act Ethically

Renganathan Kannan, Partner, TraTax advised audit practitioners to put proper protocols in place for them to follow should they become aware of fraudulent practices.

Given the growing awareness of cybercrime, forensic accountants are even more in demand. PwC’s recent Global Economic Crime and Fraud Survey that polled over 7,200 respondents from 123 countries found that 49% of respondents said their companies had suffered fraud in the last two years, up from 36% in 2016. Regionally Africa (62% up from 57%), North America (54% up from 37%) and Latin America (53% up from 28%) reported the highest levels of economic crime.

Asset misappropriation (45%) continued to lead in economic crime experienced by organisations in the last 24 months, with cybercrime (31%), consumer fraud (29%) and business misconduct (28%) close behind.

The market for forensic accountants therefore is a growing one although it requires extensive training and stringent certification. Zaaba confirmed that the Auditor-General’s Office is actively developing a pool of talent. Chin added that such work was well remunerated in the private sector, and was a good career choice for accountants looking to diversify their skill set and deploy their expertise beyond traditional professional areas.